Now on this i am not 100% sure but it surely look suspicious as fuck.
Nick of gamer "Bonus - (Nightmare)". I suspecting aimbot and cheating. So i make a demo of him. Looks to me as cheating, but i am not experienced in such things as cheating, cause i never cheat. Note, that he use almost only rocket launcher cause, imho, with it R.L. cheating looks less suspicious unlike plasma gun or lg.
You do not have the required permissions to view the files attached to this post.
Top

I will take a look at the demo later today/tomorrow but initially from a quick history look up that seems to be just a random. I don't have records of the guy cheating at the main servers so far.
contact: https://contact.fpsclassico.com
Top

Here is one more demo to check. I dunno, man, something doesn't add up. He is constantly bumbling something about level of difficulty...
You do not have the required permissions to view the files attached to this post.
Top

He is still there and people are complaining. Several people just now leaving server cause of him. Are you gonna do something?
Mugabe leaving server.jpg
You do not have the required permissions to view the files attached to this post.
Top

so far I don't think so. I checked your demos early today and I can't conclude 100% guarantee cheating there so I can't take action on dubious grounds. he could probably be cheating, mostly wallhack in my opinion rather than aim/shot, but it's also clear the guy has some skill of his own. anyways, I can probably add a poll about it and then we'll see if it passes.
contact: https://contact.fpsclassico.com
Top

adminless wrote: ↑Sat Sep 03, 2022 20:54 so far I don't think so. I checked your demos early today and I can't conclude 100% guarantee cheating there so I can't take action on dubious grounds. he could probably be cheating, mostly wallhack in my opinion rather than aim/shot, but it's also clear the guy has some skill of his own.

Question: then why he just changed nickname and model after i mention on server that i complain on forum? I mean, if he is legit than why he is changed just everything as try to hide himself and run from server as soon as he reach 50 points and "win"?
Other people also think its bot, i just not bothered to screen all opinion but here is Ron just now for example:
Ron saying - aimbot.jpg
Unnamed Player now - changed his nick.jpg

I can probably add a poll about it and then we'll see if it passes.

And who gonna vote on this poll - he is on FFA server not main, some players on FFA, like Mugabe, even don't understand when i say to them go and complain on forum. Maybe they even do not know about forum existense, or just dumb as rock. Any way i just played with him and see some unreal rail shots when i was behind the wall flying, and in milliseconds as i shown flying - instant rail in me. Sure...

You do not have the required permissions to view the files attached to this post.
Top

maybe he is just sick and tired of always getting accused/reported or whatever. I'm not here to double/triple guess anybody, I repeat, from what I can tell so far I can't conclude for a fact the guy is cheating therefore I can't take action though just to be safe I opened a poll before anyways.
contact: https://contact.fpsclassico.com
Top

I am Malus, the owner of the Bot, there's no way he's cheating since he's a bot.
He doesn't have wallhack, neither does have any kind of aimbot/autoshoot.
He however has ears and can hear the sounds, learned to play through my skills and experience.
I am pretty good, actually he doesn't use rail often because with that ping on a LTE network it's impossible to hit on this server. I am a 1.16n player (railgun) and i just recently got on the 1.32 or whatever its called now. I am an old school player and i do have some skills indeed. Let my bot play for me, if people complaing... why ain't they choosing an easier difficulty for the bot? Or do you want me to play on "Nightmare" all day? There's a reason i set him with 5 levels of difficulty so that everyone can enjoy, also on "Automatic" mode... if set correctly, the bot behaves differently with each player, so, if he's fighting a "newbie" he'll mimic him and vice-versa, if he's against a pro he tries to play good and tries to have a decent score.

the fuck you talking about? bots are not allowed in this community, if you wanna play yourself fine, but people join these servers to play other humans not "bots" of any kind. for that (play bots) they play single player not multiplayer.
contact: https://contact.fpsclassico.com
Top

I was joking tho.

I am the bot and since very often there are not so many good players i really do let them choose how they want me to play! I wanted to keep this a funny secret but apparently people just can't accept to get fragged. I want noobs to have fun and i came up with this idea. I deal 50% damage on 1 60% on 2 75% on 3, 90% on 4 and 100% on nightmare and on automatic i play how my opponents play. All the BEST!

I get all kind of insults and yet i give them the opportunity to have fun and so do i. As i fake a bot i put myself in the condition to not reply to those insults and it's really hard for me. Even if i deal 50% damage i do have the right to play as they do. So everyone can enjoy.
Top

dude I know you're the guy from the demos and from your degree of communication/reaction I assume you probably are a human, not a bot. what I still don't know is what the fuck you talking about so keep it cool and stop messing around.
contact: https://contact.fpsclassico.com
Top

Yeah i was joking about the bot thing.
I just play the "bot", what i mean is that i let people choose the level of difficulty people want me to play, so that everyone can enjoy. That's it. I am human for sure. What i also meant to say is that nonetheless, i still get plenty of insults from usually the same people, and that bothers more, yet i still don't reply to them because it's funny that they either think i am a bot or that they don't get any reaction from me. Let me know if you understood.

And where did, suchlike you get out of? From a bad original Star Trek episode? 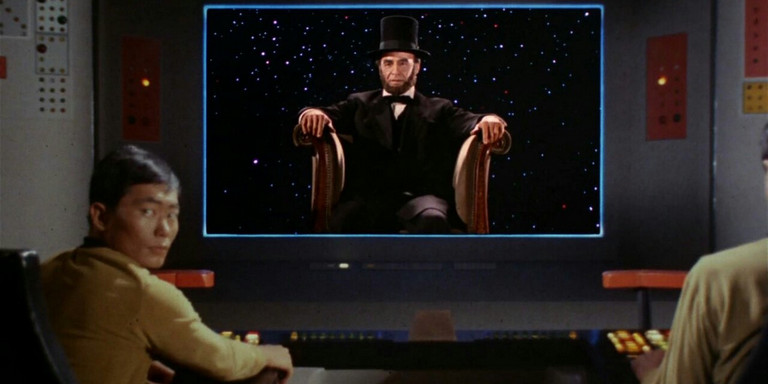 Dammit, i laugh so hard after this 2 posts i couldnt stop laughing for like 5 minutes. Hahaha.